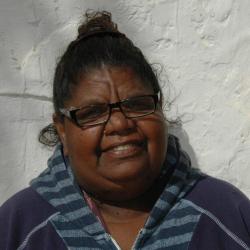 It was while staying at the family outstation, Liltjira, some 25 kilometres west of Hermannsburg, that her interest in painting began. She was influenced by an uncle (name unknown) who had spent time at Papunya where acrylic on canvas “dot” art originated. Clarabelle’s art focuses largely on the depiction of the various local bush foods and uses mainly the traditional ochre colours.

Her work is well composed and skilfully executed. She works at the women’s safehouse and is a member of the well known Central Australian Aboriginal Women’s Choir. She has 2 sons and 3 grandchildren. 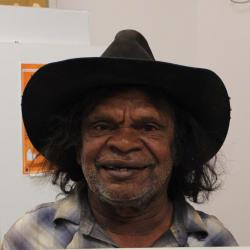 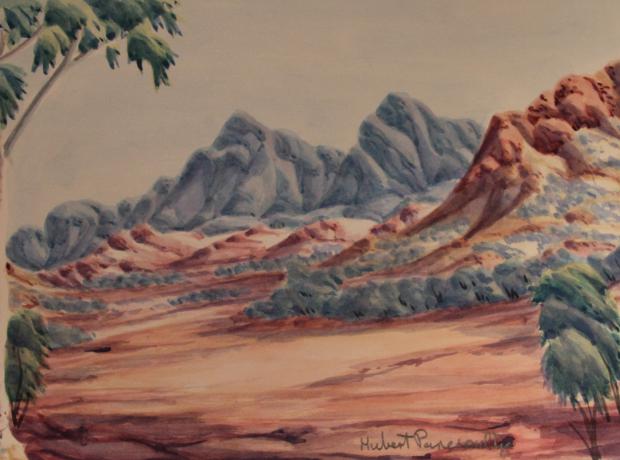 Hubert has been painting water colours since he was a young boy. In those early years he learnt by watching Albert Namatjira, his father Reuben Pareroultja and his uncles Otto and Edwin. Hubert prefers to live on his traditional country west of Hermannsburg. 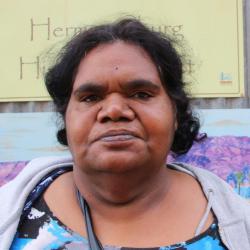 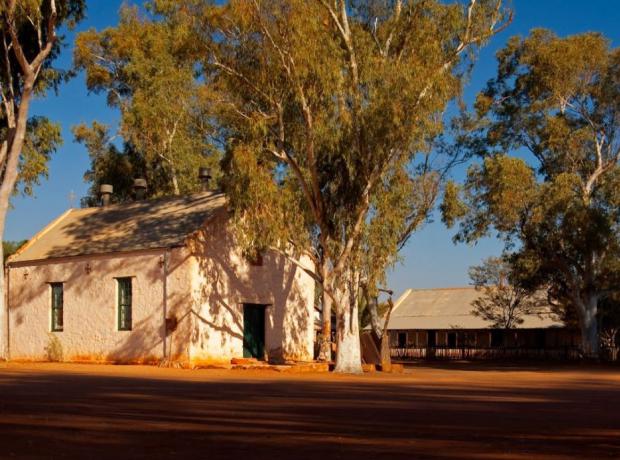 Vanessa Inkamala was born at Hermannsburg (Ntaria) in 1968. Related to the Pareroultja family she has inherited their artistic ability