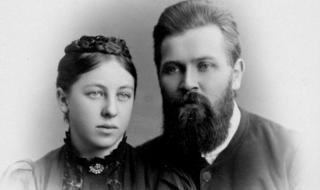 Carl Friedrich Theodor Strehlow (1871-1922) is perhaps the most well-known of the missionaries. Under his guidance the dilapidated Finke River Mission rose from the ashes. After arriving at the mission as a young man recently ordained in 1894, he stayed there for almost three decades - the remainder of this life. He was a missionary, linguistic scholar and a humanitarian who left behind an immensely valuable legacy in his linguistic and ethnographic work. 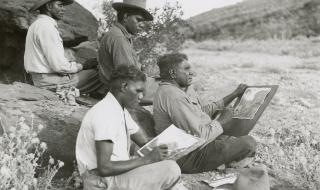 Albert Namatjira’s name is synonymous with the Central Australian outback. Throughout the 1950s, 1960s and 1970s, Albert was probably the only Aboriginal artist’s name that most white Australians would have been familiar with. He is one of several artists that together comprised the Hermannsburg watercolour school and some of the art from this period can still be seen today at the mission. 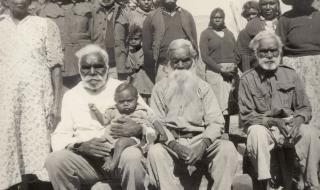 The story of Moses Tjalkabota is fascinating. A strong and compelling orator, he embraced Christianity and European ways with enthusiasm and insisted that others should do so too. He repeatedly challenged the traditional Elders and their beliefs and in this, he was probably more influential than the white missionaries themselves. 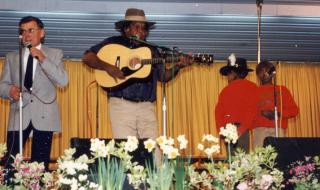 Singing at Hermannsburg is not only something that is done in church! From singing in the church choir at Hermannsburg to sing-alongs at Palm Valley, to the Country Music Hall of Fame at Tamworth, Gus Williams was a country and western singer of renown across Australia. Gus Williams sang his way through life and he passed this joy of singing on to his children. 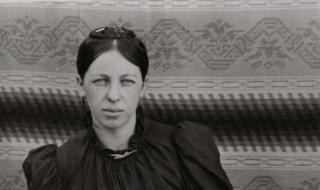 Frieda’s story is amazing! Born Friederike Johanna Henriette Keysser on 31 August 1875 in Bavaria, she fell in love with Carl Strehlow, within 36 hours of meeting him. Her love drove her to travel to what must have seemed like the end of the earth to join him on his mission. 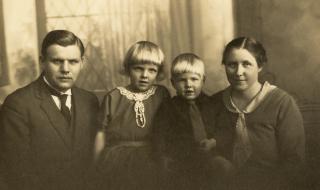 Although Carl Strehlow’s name may be more widely remembered in history because of his ethnographic legacy there were other Lutherans who made a significant contribution to Hermannsburg. In particular, Pastor Friedrich Wilhelm Albrecht (1894-1984), was a Lutheran missionary at Hermannsburg Mission between 1926 and 1952, serving almost as long as Strehlow. After he left Hermannsburg he moved to Alice Springs and continued to serve the Aboriginal people of the area. He was born on 15 October 1894 at Plawanice, County of Lublin, then Russian Poland. 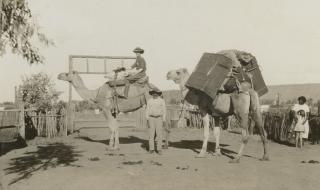 Ted or Theodor Georg Heinrich (T.G.H.) Strehlow’s story is fascinating. The son of the missionary Carl and Frieda, he spent his formative years growing up on Hermannsburg Mission, leaving only on the tragic journey on which his father died. He returned to Central Australia many years later as the local patrol officer and anthropologist and picked up where his father left off recording the culture of the Arrarnta people and their neighbours.